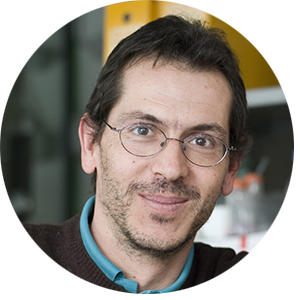 Armando Genazzani obtained his degree in Medicine and Surgery in 1992. He then moved to Oxford, to the Eidgenössische Technische Hochschule (ETH, Zurich; where he held an EMBO long-term fellowship) and to Cambridge, where he was appointed to a lectureship up to retirement age and was also named an Official Fellow and graduate tutor of Clare Hall. He returned to Italy in 2003 and is now a Full Professor of Pharmacology and Head of the Department of Pharmaceutical Sciences at the Univerità del Piemonte Orientale. He also coordinates a Masters degree in Regulatory Affairs and Market Access in the same University.

He has authored over 180 papers in international journals and is a named inventor on four patents. He has also received the David Phillips Fellowship for research in marine biology and the Marine Biology station of Plymouth in 1997 and the Galeno Prize for Young Scientists in 2008.

Armando Genazzani is also active in the drug regulatory arena. For the World Health Organization, he has been on the expert panel of the World Health Organization for international non-proprietary names and on the panel for the selection of Essential Medicines. He has sat as a member in various Institutional Review Boards for Clinical Research. At present, he participates in the  Scientific-Technical Committee of the Italian Medicines Agency (AIFA) and in the Committee for Human Medicinal Products (CHMP) of the European Medicines Agency (EMA). 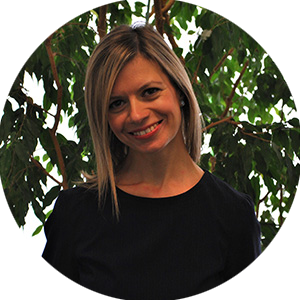 Tracey Pirali obtained her degree in Chemistry and Pharmaceutical Sciences in 2004. She then had research experiences in CNRS (Paris, visiting scientist) and Edinburgh (visiting professor). At present she is an Associate Professor in Medicinal Chemistry. She has authored more than 40 papers in international journals. Recently, her work was covered by C&EN. She is a named inventor on five patents in the field. She recently co-founded a Spin-off company committed to the development of calcium channel modulators. In 2012 she was awarded the Farmindustria Prize by the Italian Chemical Society. She is a member of the Scientific Committee of the European School of Medicinal Chemistry (ESMEC).

Asia Fernández-Carvajal obtained her degree in Biochemistry in 1992. She has authored about 55 papers in international journals. At present, she is an Associate Professor of Biochemistry and Molecular Biology, the Director of the Master on Biotechnology and Bioengineering and participates in the PhD Program on Molecular and Cellular Biology of the IBMC.  She has a proven track record in the evaluation of different aspects of the planning of screening and validation of targets, in drug discovery, in the design and automation of testing and in the use of software required for the stored and automated analysis of data. She has registered 10 patents of new compounds, analgesics and cosmetics. She is founder of Antalgenics SL., a Spin-off biotechnological company focused on the development of novel molecules for topical treatment of skin pathologies by modulating the neurosensory system.

Antonio Ferrer-Montiel obtained his degree in Chemistry in 1989. At present he is a Full Professor of Biochemistry and Molecular Biology Department and participates in the Master on Biotechnology and Bioengineering and in the PhD Program on Molecular and Cellular Biology of the IBMC. He is an expert on ion channels and, particularly, on TRP channels. He has authored about 125 papers in international journals and is a named inventor on 29 patents of new compounds analgesics and cosmetics. The investigations carried out in the last 15 years for cosmetic companies has resulted in the marketing of 15 products. He has contracts and agreements of collaboration with companies for the evaluation of the efficacy, quality, safety and development of cosmetics (Labiofam, Diverdrugs, SL, BCN Peptides, Lipotec, S.A, GP Pharm SA, ASAC Pharma SA). He is scientific advisor of several enterprises: Lipotec, BCN Peptides, GP Pharm, BioArray SL, Prima-Derm and Angelini.  He is Executive President and Founder of Prospera Biotech SL, Antalgenics SL, Fastbase Solutions SL. He has been Founder Member and Chief Scientific Officer of Diverdrugs until it was sold to Lubrizol corporation.

Jean-Pierre Gillet obtained his degree in Biochemistry and Molecular and Cell Biology in 2000 from the University of Namur. Following a PhD in Molecular Cancer Biology, he moved to the National Cancer Institute at the NIH (MD, USA) and worked as a postdoctoral fellow and a staff scientist at the Laboratory of Cell Biology under Dr. Michael M. Gottesman. He returned to Belgium in 2013 to launch the Laboratory of Molecular Cancer Biology at the Faculty of Medicine in the University of Namur. He has authored over 40 papers including book chapters in international journals and textbooks, and is a named inventor on two patents. He has received the Adrien Bauchau Fund for young researcher in 2005 and the NCI Director’s 2010 Intramural Career Development Innovation Award.

He is now Full Professor in Non-Clinical Drug Development and the Director of the Biomedical Sciences Department in the Faculty of Medicine at the University of Namur. His research group focuses on the study of the mechanisms underlying cancer development and maintenance. He is a Non-Clinical Expert for the FAMHP-EMA since 2015.

Joachim Fluhr is an attendant and lecturer at the in Department of Dermatology, Venerology and Allergology, Charité – Universitätsmedizin Berlin. He is involved in clinical teaching of dermatology, allergology and immunology of the MD program of Charité. Furthermore, he teaches skin physiology and immunology courses. He has longstanding experience in epidermal barrier and associated function implicated in a variety of dermatological conditions and cosmetic sciences. His current research activities focus on understanding the regulatory role of the mast cells in epidermal barrier function as well as sensitive skin. Therefore, he will contribute to EMOTION with his strong expertise in skin conditions and clinical settings. He has an extensive collaboration network with cosmetic and pharmaceutical companies. He is author of more than 160 publications (h-index 54).